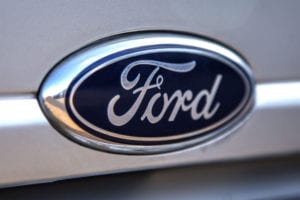 Rough roads ahead for Ford Motor Company. According to The Legal Examiner, the automaker is recalling 570,000 vehicles due to a variety of safety concerns including engine fires, driveline vibration issues, and doors that can swing open on their own.

The Legal Examiner says Ford’s first recall encompasses more than 240,000 vehicles ranging from the 2013-2015 Escape, Fiesta, and Fusion models, as well as Transit Connect vans manufactured during that time. It says that because of a lack of coolant circulation, the engine in these cars can overheat and cause the cylinder head to crack. This then sends pressurized oil into contact with the engine’s hot surface and increases the risk of fire in the engine’s compartment. The Legal Examiner says already Ford has reported 29 instances in the U.S. and Canada where fires have sparked due to this safety issue.

Ford’s second recall deals with a previously announced issue regarding door latches. The Legal Examiner says on top of the vehicles the company has already pulled for the safety issue, Ford is expanding that recall to include 211,000 more. Models now included: the 2014 Ford Fiesta, the 2013-2014 Ford Fusion and Lincoln MKZ vehicles. The Legal Examiner says a pawl spring tab inside the cars’ door latch can break and prevent it from closing.

The last of Ford’s recall issues affect more than 500 of the automaker’s pickup trucks including the 2017 F-450 and F-550 models. The Legal Examiner says these trucks can undergo driveline vibration due to a powertrain system error whenever drivers go above 75 mph. It says if drivers continue to go at these speeds, it could impact the resonance frequency and fracture transmission and driveline components.

Ford is not the only auto company facing massive recalls. Find out whether your vehicle falls under a safety recall by visiting the NHTSA’s website and checking its list of affected manufacturers, makes and model years. You can also check out our previous blogs on recalls for GM, Dodge, and Takata airbags right here on www.AdvocateCapital.com.