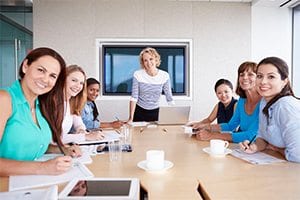 Following last week’s International Women’s Day, the American Bar Association and the American Bar Foundation have decided to address similar issues involving women in the legal field. Over the next few months, they will be holding several focus groups to better understand the unique career dynamics facing female lawyers—particularly what fosters and impedes their growth in the industry.

The ABA and ABF hope these focus groups, which will be conducted as part of the ABA Presidential Initiative, “Achieving Long-Term Careers for Women in Law,” also identify key personal and structural factors impacting women. To do so, their project will consist of women and men who received their Juris Doctor degrees between the years 1982-2002, practiced law for at least 15 years, and who meet one of the following criteria:

These focus groups will be conducted in cities nationwide, with the first one being held tomorrow, March 16th in Miami, FL. The remaining dates and locations are as follows:

If you would like more information on the American Bar Association and American Bar Foundation’s focus groups or if you’re interested in participating or volunteering, please email Caroline Tipler at [email protected].