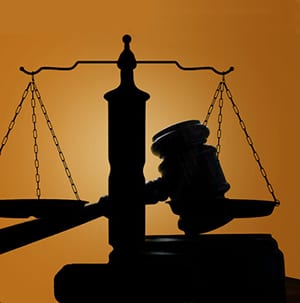 GM faulty ignition switch victims are a step closer to having their day in court thanks to a ruling by the U.S. Second Circuit Court of Appeals. The appellate court reversed a 2015 bankruptcy court ruling, which barred victims from filing claims if the crash occurred before “old GM’s” 2009 bankruptcy sale to “new GM.” The “new GM” stated it was not responsible for the actions of the “old GM” including the faulty switch claims. The bankruptcy court agreed.

The Appellate Court ruled GM’s failure to notify consumers of the ignition switch defect violated consumer rights of due process. Essentially the “new GM” was attempting to shield itself from hundreds of potential lawsuits against “old GM” by not disclosing the defect in their 2009 Chapter 11 bankruptcy filing.

Plaintiffs with injury and death claims, as well as those with lost vehicle value claims, will now be able to proceed with actions that stalled due to the bankruptcy ruling. Plaintiff lawyers are estimating the claims could be worth between $7-10 Billion.

In typical fashion, GM spokesperson Jim Cain commented on the appellate ruling to USA Today, “We are reviewing the ruling and its impact. Even if some claims are ultimately allowed to proceed, the plaintiffs must still prove their cases.”

Advocate Capital, Inc. is proud to work with trial lawyers across the US, many of whom represent clients with claims against GM. We have blogged about our good friend Lance Cooper and his efforts to hold GM accountable. His expert uncovered the ignition switch defect that led to the discovery GM’s cover up, ultimately forcing GM to recall 2.9 million cars. Mr. Cooper’s letter to NHTSA requesting a “Timeliness Query Investigation” into the recall, prompted the Justice Department to investigate potential criminal charges against GM. There were no criminal charges filed against GM employees. Instead, the automaker paid a $900 million fine for the cover up and agreed to a $2 billion settlement package.

We should all be thankful every day for trial attorneys who work to hold corporations like GM accountable for their actions. We have shared stories of lives lost and lives seriously altered by corporate greed. Sometimes, David really does beat Goliath!