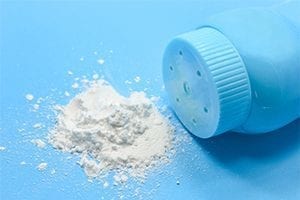 Johnson & Johnson is yet again in court, this time for asbestos claims linked to their talc-based products. Reuters has reported that a lawsuit arguing J&J Baby Powder is responsible for the death of a 30-year-old woman due to “her exposure to carcinogenic asbestos” began in South Carolina on Monday.

Reuters reports J&J denies that its product has contained asbestos, a known carcinogen linked to mesothelioma.

Christopher Swett, the lawyer for the family of Bertila Boyd-Bostic, who died of a rare form of cancer in 2017 at the age of 30, “told a jury..that J&J had known for decades that its baby powder contained asbestos.”

Reportedly, Boyd-Bostic used baby powder for most of her life. Swett said she was diagnosed in 2016 with pericardial mesothelioma, an extremely rare form of cancer.

Reuters says Bruce Bishop, a lawyer for J&J said there was no evidence Boyd-Bostic’s mesothelioma was in any way related to asbestos exposure.

The lawsuit follows after a New Jersey jury ordered J&J to pay $117 million in April to a man who alleged he developed mesothelioma due to asbestos exposure from J&J Baby Powder. An appeal is pending. In addition, the company has been battling around 6,000 cases claiming its baby powder caused ovarian cancer.