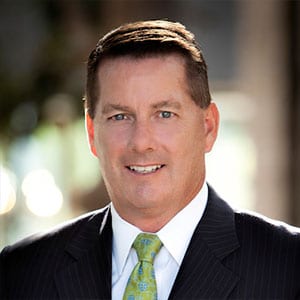 Advocate Capital, Inc. would like to congratulate our client and friend, Attorney Ted Wacker. He and his team at TBW Law recently won a more than $12 million settlement for an accident victim in southern California without even going to trial.

The victim was 24-year-old Rene Hernandez. Attorney Wacker says upon leaving his parent’s house in Los Angeles back in February 2014, the father of two lost control of his vehicle and hit a median. Wacker says after the impact, Hernandez’s vehicle flipped over into another lane of traffic and was struck by a semi-truck. And to make matters worse, all of this happened around 2:00 a.m. in the morning.

Attorney Wacker says his client suffered severe head trauma and permanent cognitive and physical damage due to the accident. He says the defense claimed those injuries were 100% Hernandez’s fault because of the fact that it was difficult to see him or his vehicle in the road at that time of night with his lights turned off. The defense also argued that Hernandez’s initial accident caused him to become disabled, and a crash afterwards was unavoidable. Wacker disagreed, and after numerous mediation attempts, he says the case settled before trial for $12.65 million dollars.

To learn more about the Hernandez vs. Cruz case, please click here.

Advocate Capital is proud to partner and support plaintiff trial lawyers like Ted Wacker. He and his firm fight for justice and do everything in their power to protect the rights of individuals. Wacker has tried numerous personal injury, accident, and premise liability cases over the last 20 years and has never lost a single case. In addition to his duties at TBW Law, he served as the past president of the Orange County Trial Lawyers Association in California.