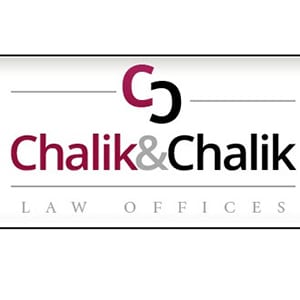 The south Florida firm of Chalik & Chalik is leading the way nationally and locally for the State of Florida for enactment of safety regulations in the parasailing industry.  Jason Chalik and Debi Chalik began this quest in 2007 when they undertook representation of Dennis White, father of Amber and Crystal White, when 15 year old Amber May White was killed during a parasailing accident in Pompano Beach.   Advocate Capital, Inc. highlighted this initiative in this blog post from August of 2013.

As a result of their efforts in the Amber May case, the Chaliks were recently retained by the family of 17 year old Alexis Fairchild.  Alexis and her friend, Sidney Good, were both catastrophically injured while tandem parasailing in July of 2013 when the tow line to the boat snapped.  The wind gusts slammed the young ladies into two buildings and into power lines before they plummeted onto parked cars.  The accident which was captured on video has received national attention and was recently featured on the Today Show:

The story has also been covered by CNN.   In this interview with local Florida station WJHG NewsChannel 7, Debi Chalik revisited the scene of the accident.

Jason Chalik and Debi Chalik are working with Florida State Senator Maria Sachs to gain support for a new bill known as the “White-Miskell Act” to establish minimum safety regulations for parasailing.

To show support for this new regulatory bill, sign this electronic petition.  We are pleased to support the important work done by trial lawyers around the country bringing justice to those injured due to the negligence of others.