Advocate Capital, Inc. congratulates friend and colleague Christopher Banys, of Banys, P.C., on being named one of the Top 100 Trial Lawyers by The National Trial Lawyers.  This invitation-only designation (the result of peer nominations and third-party research) is only awarded to a select few of the most qualified trial attorneys who have demonstrated superior qualifications of leadership, reputation, influence, stature and public profile.  This is Mr. Banys’ second consecutive year to receive this honor.  It is also his third consecutive year to receive the designation of Super Lawyers Rising Star.

An expert in the area of intellectual property, Mr. Banys has served as lead counsel on many patent-infringement cases across the country, although he also litigates commercial, class-action, personal injury, and employment cases in federal, state and administrative-law courts. 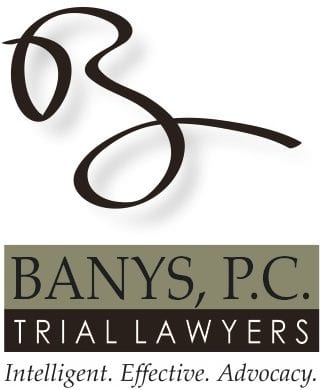 One of the things we so appreciate about Mr. Banys is his strong commitment to those who cannot afford legal help.  His extensive pro bono work has been recognized by several organizations, including: Equal Justice America (fellowship), Legal Services for Children’s 2008 (Pro Bono Advocate Award), and the Northern District of California’s Silicon Valley Pro Bono Project of 2011.

Congratulations Christopher!  We are proud of the outstanding work you do.