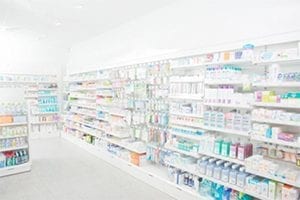 The California Supreme Court recently “opened the door” for consumers to sue brand-name pharmaceutical companies over injuries sustained from generic versions of the drugs manufactured by other companies.

Reuters reports the late December ruling in the T.H. v. Novartis Pharmaceuticals Inc., broke rank from decisions made in other parts of the country. The California court’s decision could allow consumers who were not warned about the risks of cheaper, generic versions of their drugs to sue brand-name drug-makers.

Public Justice Senior Attorney, Leslie A. Brueckner is the plaintiff’s lawyer. She said, “This is just a huge victory for public health and safety, and this victory will be felt nationwide.”

In a Legal Examiner article written by Attorney Brueckner, she described the importance of the lawsuit and of California’s ruling. She said the lawsuit was filed on behalf of fraternal twins who were injured in utero by a generic version of a brand-name drug called “Brethine.”

Drug-maker, Novartis wrote the label for Brethine, and Attorney Brueckner says, the company knew of the possibility that the drug could cause fetal brain damage. She believes the company was making too much money selling the drug, and rather than changing the label, it sold the rights to the drug to another company for a large profit.

A few years later the twin’s mother (her husband referred to as T.H) was prescribed Brethine to control her preterm labor. Her prescription was filled with the generic version of the drug and her twins were born with brain damage.

Attorney Brueckner says the twins can’t sue the generic drug-maker, because generic drug-makers are required by federal drug laws to use the same label as the brand-name equivalent. Reuter’s reports the father of the children instead sued Novartis.

Novartis, whose appeal to the lawsuit had the support of groups like the U.S. Chamber of Commerce, disagrees with the California Court’s decision to potentially hold it responsible.

Justice Mariano-Florentino Cuellar said brand-name manufacturers are the only entities with the ability to strengthen a warning label.

Reuter’s reports,  “the court  held 4-3 that Novartis could be sued despite divesting itself of Brethine because its failure to update the warning label before the sale could foreseeably cause the children harm.”

Advocate Capital, Inc. is proud to partner with Public Justice, who said they are dedicated to doing everything in their power to make sure rights prevail in T.H. v. Novartis Pharmaceuticals Inc.