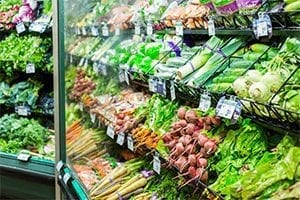 The U.S. Centers for Disease Control and Prevention is currently investigating the recent E. Coli outbreak that has killed at least two people and caused over 59 people in Canada and across thirteen states in the U.S. to fall ill. States that have been affected by the outbreak include California, Connecticut, Illinois, Indiana, Michigan, Nebraska, New Hampshire, New York, Ohio, Pennsylvania, Virginia, Vermont and Washington.

According to USA Today, the strain of E. Coli that has caused people to fall ill in the U.S. exactly matches the strain of the outbreak that occurred recently in Canada where the source was identified as romaine lettuce.

A statement from the Public Health Agency of Canada reported that those who contracted E. Coli had eaten the lettuce at home as well as in prepared salads from grocery stores, restaurants, and fast food chains.

The CDC is still investigating the outbreak to determine if romaine lettuce was the cause of the U.S. outbreak. The New York Times reports that American officials have not yet issued a statement for Americans to avoid romaine lettuce.

Food-experts at Consumer Reports are urging the CDC and the Food and Drug Administration to take action by issuing a statement advising people to avoid eating the lettuce and promptly recalling romaine lettuce before more people become ill.

Consumer Reports says that romaine lettuce and any salad blends that contain romaine lettuce should not be eaten until the investigation is complete, even if it is pre-packaged or purchased weeks ago.