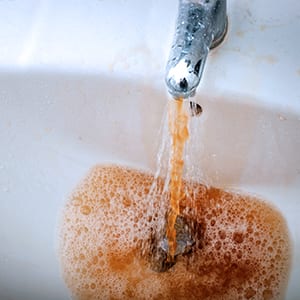 It’s the residents of Flint, Michigan versus the federal government. According to Reuters, more than 1,700 of the city’s population have sued the Environmental Protection Agency (EPA) over the water crisis that forced thousands of children to undergo lead poisoning.

In the Reuters article, author Dan Whitcomb says the plaintiffs filed the 30-page suit in a U.S. District Court in Michigan earlier this month and are now hoping to reach class action status. He says their suit claims the EPA mismanaged the water crisis, failed to warn residents of the toxic danger, and didn’t help state and local authorities make it right. The residents are seeking $722 million in damages.

Whitcomb says Flint’s water crisis erupted back in 2015 when tests showed high amounts of lead in blood samples of some of the city’s children (the population of which is predominately black). A state-appointed emergency manager had switched Flint’s water source (the Flint River) to a more corrosive river, Lake Huron. Its water caused lead to seep off pipes and filter into the city’s drinking water.

Exposure to lead can stunt a child’s cognitive development, and no amount is considered safe.

Whitcomb says since October 2015, Flint has reverted back to its previous water system, and earlier this month, Michigan State officials reported lead levels in the city’s drinking water had dropped below federal limits.

So far, Whitcomb says 13 current and former officials have been charged in connection to the crisis.