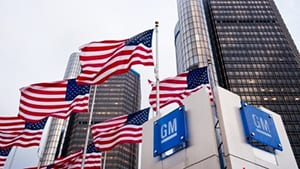 As reported in the New York Times, U.S. District Court Judge Robert E. Gerber issued a ruling on April 15, 2015 that bars lawsuits against GM for accidents related to defective ignition switches that pre-date GM’s bankruptcy shield of July 10, 2009. The ruling allows lawsuits for accidents that occurred after this date to go forward. The CBS Evening News noted that GM has tied 84 total deaths to the ignition switch defect.

Judge Gerber noted that the shield should remain in place “even though the company has acknowledged that many employees knew about the defective switch at the time but failed to alert owners of the cars that they might have a potential claim against the company.” The New York Times noted that this would also shut down lawsuits seeking economic damages for the defective vehicles.

Bloomberg News estimated that Judge Gerber’s ruling would protect GM from $10 billion in class action lawsuit claims related to the ignition switch recalls. It was noted that Judge Gerber also stated that “car owners can still sue over its failure to warn of the defects.”

Will GM ever take full responsibility for all the deaths and injuries that occurred as a result of their negligence and cover up? Or will they continue to hide behind the shield of bankruptcy protection AFTER taking the government’s bailout funds? Only time will tell.

Meanwhile, we are grateful to the American Association for Justice for the important work they do and for keeping consumers up to date with the latest information on the GM recalls and lawsuits. We at Advocate Capital, Inc. are thankful that someone is proactively ensuring access to the courthouse for all citizens, especially when corporate America continues to make excuses for NOT doing the right thing.