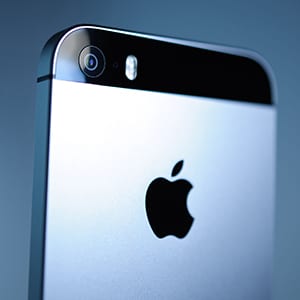 The Dallas parents who lost their 5-year-old, Moriah Modisette in a tragic Christmas Eve car accident have filed suit against Apple. According to ABC News, James and Bethany Modisette filed the lawsuit against Apple at the California Superior Court, claiming the tech company’s FaceTime app distracted the driver who crashed into their vehicle in 2014. The suit alleges Apple failed to warn users that the product was likely to be dangerous when used or misused.

According to the lawsuit, Apple had a patent for a safer version of FaceTime but decided to make a less safe version available with the iPhone 6. The Modisettes say Apple’s decision to release the less safe version ultimately resulted in the death of their daughter. The suit refers to December 2008, when the tech giant sought a patent to lock-out users while driving. The United States Patent Office issued the patent in April 2014. Allegedly, the safer version of FaceTime would have used GPA tracking to gauge the speed of a vehicle to warn users or to shut down the video chat application.

James and Bethany Modisette say the deadly Dallas crash occurred when the couple was driving with their daughters Moriah and Isabella, both whom were in the back seat of their car. The family slowed or stopped due to an accident ahead of them. That’s when another driver, Garrett Wilhelm, who was going around 65 miles per hour, collided into the rear of the family’s vehicle. Wilhelm told the police he was using FaceTime and law enforcement found his phone with the FaceTime application still active at the crash site.

The wreck resulted in significant damages, putting James Modisette in critical condition and sending Bethany and Isabella to regional medical centers. 5-year-old Moriah was airlifted to a children’s hospital, where she later died from her injuries sustained in the crash.

The Denton Record- Chronicle reports Wilhelm was indicted on manslaughter charges and has been out of jail on bail since August. The paper says the case is scheduled for February 27th. Wilhem’s lawyer, Ricky Perritt, issued a statement which said, “..We are confident that after all the facts are brought out in court, it will be shown that the use of a cellular device did not contribute and Mr. Wilhelm did not commit a crime ... It was simply an accident."

The Modisette family is seeking economic damages and punitive damages related to injuries from the crash. The lawsuit has gained national attention, as Georgia Attorney Charles Scholle says, whether Apple is responsible for death or injury to motorists because they offer technologies like FaceTime will be important to both tech companies and consumers. For now, Attorney Scholle says the question still remains unanswered: Since Apple sought and was given a patent for a lock out feature that would have stopped drivers from using FaceTime, should the tech company be held liable for injury and death to FaceTime users?

Apple has not made a public comment regarding the lawsuit.