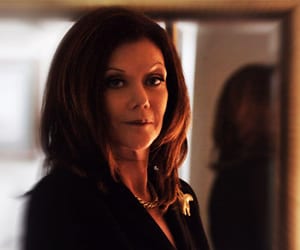 Imagine spending 19 years in prison for a crime you did not commit.  Now imagine being a former police officer in prison wrongfully accused of sexually molesting your 5 year old daughter, 9 year old son, and 5 year old step son.  This is exactly what happened to the plaintiff in this case.  Kathleen Zellner and Douglas H. Johnson of Kathleen T. Zellner and Associates in Downers Grove, Illinois were successful recently in freeing this innocent man after 19 years behind bars for heinous crimes he did not commit and was awarded $9 Million in damages.

The facts of the case are understandably complicated, but the original conviction was fueled by fabricated evidence, fabricated witness and victim testimony, and the investigating detective’s romantic interest in the then defendant’s wife.

Kathleen’s client maintained that the emotional trauma was heightened by the fact that he was a former police officer and knew that if the prison population knew of his history, he would have been in great danger.  The jury found for the plaintiff and awarded $9,000,000 on February 3, 2014.  Justice was at last served.

Hard to imagine what that poor man went through for 19 years of his life, suffice it to say no amount of money will bring those years back.  For us all, we can rest in the knowledge that justice prevailed and he can begin the process of putting his life back together.  Thank you Ms. Zellner and Mr. Johnson for your passionate pursuit of justice.

Kathleen Zellner has the rare distinction of having won record verdicts in civil rights and medical malpractice cases.  She is the only trial attorney in the United States who has won 5 multi-million dollar record verdicts over the last 11 months.  Her remarkable success comes from not just “practicing law”, but her unwavering commitment to winning for victims of injustice.