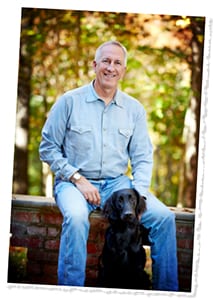 Congratulations to long-time friend and colleague, John Sloan on his recent election to the presidency of the most renowned trial lawyers’ organization in the country.  As only the 3rd attorney to fill this leadership role in the college’s 20+ year history, Mr. Sloan attended the Trial Lawyers College as a student in 1998 and recalls his experience:

I came to the Trial Lawyer’s College in 1998 with the hope that I could become a better lawyer. I did not fully understand the profound impact on my life that would be sparked from that one month at the Ranch.  I believe that TLC has made me a better lawyer and a better person.

For those unfamiliar with the nationally acclaimed Gerry Spence Trial Lawyers College®, founder and trial lawyer extraordinaire Gerry Spence established this revolutionary method for training trial lawyers for the people over 20 years ago at his Thunderhead Ranch in Dubois, Wyoming.  Among its many goals the college includes training those who are committed to the jury system, striving for justice on behalf of ordinary people and assisting criminal defense lawyers in defeating the death penalty.  To learn more about the amazing work done by this outstanding organization, subscribe to the quarterly newsletter, The Warrior by enrolling here.

The Trial Lawyers College has elected an exemplary leader in John Sloan.  Mr. Sloan joined the faculty at the Trial College in 2002, was elected to the Board of Directors in 2009 and then to the presidency in January of 2014.

Advocate Capital, Inc. is proud to count John Sloan and his Texas law firm of Sloan, Bagley, Hatcher & Perry among our esteemed partners who are making a difference in preserving our civil justice system and protecting the rights of our citizens.