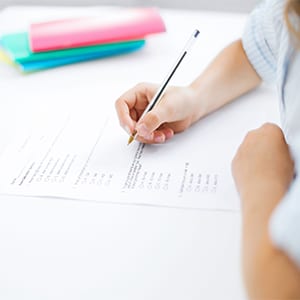 New statistics could mean more students will apply to law school this year. According to an article on ABAjournal’s website, data released by the Law School Administration Council showed a 7.6% increase in the number of LSAT tests administered in December 2016 from December of last year. The increase is welcome news to many law schools that have seen applications decline over the past years due to a shrinking private legal employment market.

The Kaplan Test Prep says the nearly 8% increase is the largest year-over-year growth in administration of LSAT tests since 2009. Jeff Thomas, the executive director of pre-law programs for the prepping company, says to be cautious when drawing conclusions about the increase in tests administered. Thomas says a change in the LSAT’s test date could have contributed to the difference. The fall LSAT test was pushed more than a week earlier than its normal date, a change which Thomas says could have enticed students to take the test in December. However, the test prep company notes another positive statistic: there were 87,954 tests administered between June and December 2016, which is an increase of 2.7 percent over the same period in 2015.

December’s peak in LSAT tests administered comes after law schools across the country saw a decline in students. In a story that’s made national news, Indiana Tech School of Law will close its doors in June 2017 due to low enrollment and $20 million in losses. Above The Law reports only one member of the school’s inaugural class passed the bar exam.

The dip in enrollment has been so low, that Distinguished Professor of the University of California Hastings College of Law, Frank. H Wu says some law schools are accepting persons with lower LSAT scores (and undergraduate grade point averages) than prior to the “crash.” Wu goes on to say schools like Yale University, which are on the opposite side of the spectrum of Indiana Tech, are not troubled by the downward slope of applicants and still have more qualified applicants than they can accept. Rather, the professor argues that schools who are becoming less selective should consult with students lacking in qualifications to consider whether their investment will be worthwhile.

Still the recent 7.6% increase in LSATs administered ignites hope for a possible light at the end of the tunnel for law schools. Jeff Thomas of Kaplan Test Prep says, “..The worst may be over in terms of the rest taking trends and job numbers, there’s still a ways to go before saying that the law school landscape is on solid ground.”