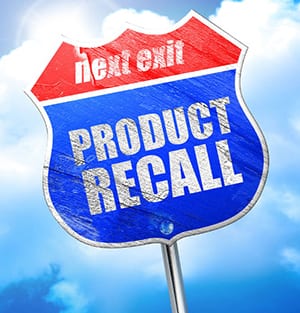 Imagine this: driving along the highway with your kids in the backseat, when all of a sudden the steering wheel comes loose or the car’s suspension fails. It’s a scary thought, but according to new findings by J.D. Power and Associates, at least 45 million drivers are traveling with an unrepaired safety problem that falls under an outstanding recall. That’s nearly one in six vehicles licensed to operate here in the U.S. and researchers say there could be millions more.

Recalls are not a new thing. The country has witnessed a tremendous amount of safety-related issues over the years that have forced automakers to pull vehicles off the road. Issues like leaky gas tanks, faulty ignition switches, improperly inflated tires, and most recently air bags that can expel pieces of shrapnel onto passengers in the event of a crash. According to a recent NBC News article by Paul Eisenstein, this is happening because more and more manufacturers are sharing components. Everything from air bags to brakes are moving across hands, causing a recall that would have only affected a couple thousand vehicles decades ago to now cover millions.

Yet, even though the National Highway Traffic Safety Administration has been tougher on automakers and strives for 100 percent compliance, the NHTSA can’t fix recalls by dealing only with the manufacturers. Drivers have to want to get them fixed. Eisenstein says many automakers only see 70 percent of recalled vehicles actually make it in for repairs, and that number can sometimes be as low as 30 percent.

Now, why would a recall not drudge up a larger response rate you ask? Eisenstein says many people are not willing to fix their cars over something they believe is not a major issue, something like the door stickers Honda wanted to replace due to incorrect tire inflation rates. However, even a perceived major issue may not be a big enough incentive for affected drivers. General Motors had to offer gift cards to owners impacted by faulty ignition switches, and that was after the issue left more than 100 dead nationwide. Another example, the Takata air bag recall. News of the defect began circulating back in late 2014, but Eisenstein says it still hasn’t brought drivers through the door. He says only a third of the vehicles affected by the recall have been brought in for repairs, and that’s out of more than 50 million vehicles.

Yet, sometimes the reason for a low response rate is due to a lack of awareness because carmakers can’t get in touch with drivers. This is particularly the case when it comes to older model vehicles. Eisenstein says recall notices often go astray because the car has had more than one owner, but that could soon be a thing of the past. The NHTSA is now pressing companies to not only mail recall notices, but pick up the phone, send a text and email their customers. Eisenstein says this is an important task because after a certain period of time, automakers are not required to keep accurate compliance records. So the 45 million recalled vehicles that haven’t been repaired since 2013 will only grow larger and larger.

There is a bit of good news. Eisenstein says manufacturers are now being required to simplify the steps after a recall. You can find information on their website or through federal listings, and all you need is your Vehicle Identification Number (VIN). And another perk, manufacturers are required to fix recall-related problems at no cost to you.

You can read Paul Eisenstein’s full article, by clicking here.