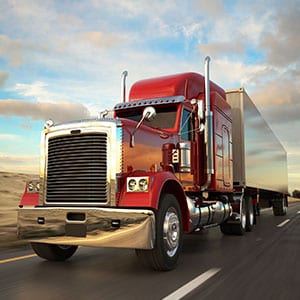 We all know driving next to a semi can be a little scary at times. You’re probably wondering whether the truck driver sees your vehicle, if he’s going to accidentally veer into your lane, or if one of the truck’s tires may suddenly blow. Scary, but it could happen. For a long time, instances like these and fatal truck accidents as a whole had been on the decline, but new research from the Federal Motor Carrier Safety Administration shows that more crashes have been popping up since 2009, and drivers need to be aware of it.

In an article in The Legal Examiner, Melanie VanOverloop says there are three main factors in this rising rate of trucking accidents: inexperienced or low skill drivers, unsafe trucking equipment, and a push to get more “doubles” and “triples” on the road. She says when it comes to drivers, companies are hiring ones with little or no training, working them long hours for minimal pay, and forcing them to forego getting adequate rest. She also says drivers’ repairs often get delayed, referencing a 2009 study that found that more than 28,000 trucking companies were traveling U.S. roads with defective brakes, excessive loads, bald tires, and more.

In addition to the new drivers and equipment needs, VanOverloop says the trucking industry is pushing the federal government to make room on the road for more double and triple trailers. She says triples are already banned in several states, and studies show doubles are two to three times more likely to be in an accident than smaller trucks.

Yet, VanOverloop says the safety concerns extend farther than just truck drivers, but the people they come in contact with. She says even though trucks are involved in 12.4% of all deadly crashes, the majority of people killed in those crashes are the occupants in the car. She says a person driving a vehicle that collides with a truck is five times more likely to die than the truck driver himself.

If you’ve ever been involved in an accident with a truck or know someone who has, you’re probably seen how much that moment can impact their life. Personal injury attorneys also see firsthand the type of physical, mental, and financial toll a crash can have on a victim and their families. Advocate Capital, Inc. is proud to partner with these plaintiff lawyers who work to get injured victims the justice they deserve.