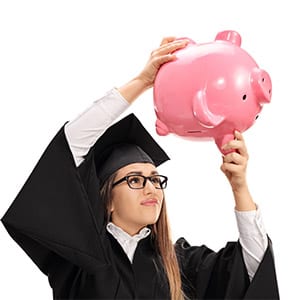 Martha White, with NBC Nightly News recently reported on “startling news concerning the largest student loan collector in the nation.” Navient, “which serves about one in every four student loan borrowers in this country has been slapped with three lawsuits, claiming it misled and cheated customers out of billions.” The report added that Navient “declined to comment on his case, but after thousands of similar complaints, the Consumer Financial Protection Bureau and several state attorneys general filed suit last week.”

According to the report, the CFPB said that Navient collected $4 billion in interest from pushing students into “forbearance”, instead of encouraging them to enroll in income-based repayment programs for which they qualified.  The suit goes on to allege that “borrower who were disabled and suffered financial hardship – including injured and disabled veterans who were trying to earn a degree – had their loans reported to credit bureaus as in default rather than discharged, devastating their credit score.”  The suit also alleges other aggressive collection techniques.

Navient “denies all the allegations, calling them unsubstantiated, unjustified, and politely motivated.”

The full report can be read here.