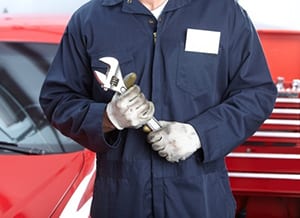 Could it be the start of the recall revolution? Right now, employees with the National Highway Transportation Safety Administration are touring the South to help more drivers stay safe on the road. According to Consumerist, the agency and a handful of auto manufacturers are stopping by parking lots asking people to fix their recalled vehicles, check their tires and make sure their child car seats are installed correctly.

The NHTSA is calling the initiative the “Safe Cars Save Lives” bus tour. It is the latest attempt in its quest for 100 percent compliance for recalled vehicles. The agency has become increasingly tougher on automakers to fix cars after a recall, but despite their efforts, the response rate from drivers is still very low. Some automakers say they only see 70 percent of recalled vehicles actually make it in for repairs.

The “Safe Cars Save Lives” tour also comes just weeks after a new report by J.D. Power and Associates found at least 45 million drivers are traveling with an unrepaired safety problem that falls under an outstanding recall. Earlier this month, we told you drivers are foregoing fixes because they see them as minor issues, but even major issues are getting overlooked. To read our full blog on unresolved recalls, click here.

So far the NHTSA has made stops in Miami, Tampa, and Tallahassee, FL. Workers are also hoping to catch up with motorists in New Orleans and Mobile, AL before moving through several cities in the Lone Star State. They are paying particular focus on southern states because the weather can become so hot and humid that Takata air bag inflators may pose an even greater risk of rupturing. If your city is not on the list, you can still check to see if your car falls under a recall through your manufacturer’s website or federal listings. All you need is your Vehicle Identification Number (VIN), and automakers are required to fix your recall-related problems at no charge.