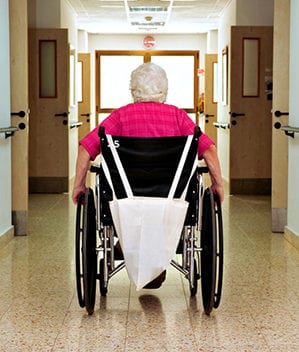 Big changes are headed for the country’s federally-funded nursing homes, particularly in regards to safety.

According to a recent article in The New York Times, the Centers for Medicare and Medicaid Services has issued a new rule preventing nursing homes from using arbitration. This is the process of settling a dispute with a company by consulting with an arbiter or third party, rather than taking the issue to court. However, when it comes to nursing home admission contracts, arbitration clauses often only force arguments about safety and adequate quality of care out of the public view.

The Times says the Centers for Medicare and Medicaid Services (an agency under the Health and Human Services Department) made the decision after several state officials urged the government to cut off funding to nursing homes that use arbitration. Many lawmakers argued that companies used the system to keep embarrassing practices or patterns of wrongdoing hidden from families and prevent those families from getting justice (even in cases of elder abuse, sexual harassment, or wrongful death). The nursing home industry disagrees, claiming that arbitration reduces expensive legal costs; those costs could potentially get too high and cause many homes to shut down.

The Times says the rule on nursing homes marks the most significant change in the government’s federal funding for long-term care facilities in more than 20 years. Although it could be challenged in court, it is scheduled to go into effect this month, and only future admissions to nursing homes that serve 1.5 million residents will fall under the rule.