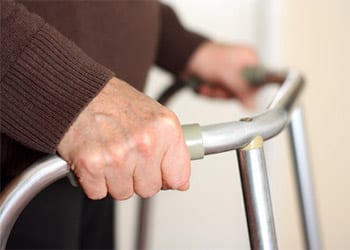 It was a win for the nursing home industry earlier this week when the Supreme Court ruled in favor of a Kentucky arbitration clause. According to The Hill, the high court sided with the Kindred Nursing Home Centers L.P. after two women, Beverly Wellner and Janis Clark, sued the facility for allegedly providing substandard care.

The Hill says when Wellner and Clark’s relatives passed away and brought the lawsuits to the nursing home, it moved to dismiss, arguing that its arbitration agreements barred them from bringing their complaints to court. However, the Kentucky Supreme Court found fault with the Kindred Nursing Home Centers’ agreements, claiming that power of attorney did not clearly allow it to deprive the women of their right to access the courts. Wellner and Clark had signed with the power of attorney on their relatives’ behalf.

Despite the ruling from the Kentucky Supreme Court, The Hill says Justice Elena Kagan and others on the bench disagreed with the lower court’s “clear-statement rule”. The justices said it failed to put arbitration agreements on an equal plan as other contracts and violated the Federal Arbitration Act (FAA).

The Hill says only Justice Clarence Thomas dissented the majority opinion, claiming the FAA did not apply to state court proceedings. He said it could “not displace a rule requiring express authorization from a principal” before an agent may waive his or her right to a jury trial.

In a blog back in October 2016, we reported that the Centers for Medicare and Medicaid Services (CMS) had issued a new rule preventing federally-funded nursing homes from using arbitration. Many lawmakers had argued that companies used the system to keep embarrassing practices or patterns of wrongdoing hidden from families and prevent those families from getting justice. However, according to Modern Healthcare, that rule was blocked by U.S. District Court Judge Michael P. Mills in November. It says the judge found that the CMS did not have authority to enact such a mandate without statutory authority.