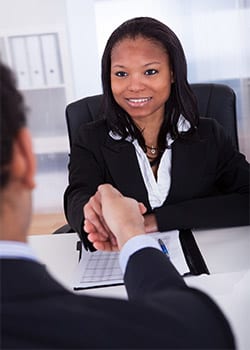 New York City is now the latest city to pass a ban prohibiting employers from asking about salary history. According to Slate, the movement toward this type of equal-pay legislation comes after Massachusetts became the country’s first state to pass the same law back in summer 2016, urging it as a way to halt the pay discrimination that can follow a woman or person of color throughout their career. Such discrimination stems from the fact that if at every job move these applicants are judged on pay that is already lower than that of their white male peers, they will never be able to catch up. Slate says because of Massachusetts’s move, lawmakers like those in New York City are pushing similar measures, and within the next few months, a ban in Philadelphia and possibly Washington, D.C. will take effect. Some delegates in D.C. are even proposing a federal prohibition on salary-history sharing.

Slate says several business alliances opposed the premier law in Massachusetts, claiming it was “counterproductive,” and that even Bloomberg called the legislation “policymaking by anecdote” and a “gag rule that won’t help women advance” in an editorial earlier this month. Though there has yet to be any specific research on whether basing job applicants’ salaries on their old ones keeps them being infinitely underpaid, Slate says research has shown that women get paid 6.6% less than men at their very first jobs (study, American Association of University Women). Because that research factors in things like occupation, college major, and hours worked, analysts then figure that only gender could be behind this wage gap. Other experts say that if women and people of color start out with a lower salary, it is only logical that each salary bump moving forward will be increasingly less. They say by pegging an offer based on what a new worker was making in their previous employment, it will only continue the cycle of pay discrimination they faced in prior positions.

Although there has been no direct research for the bans or any enacted laws to base their efficacy, Slate says the American workforce can benefit greatly if more are put in place. It says the bans allow for more opportunities for companies to judge employees on qualifications instead of previous pay, as well as a more-level playing field for those faced with barriers to equal earnings (women and people of color). The bad news, according to Slate, is that even with the fair-pay legislation, some businesses will still find ways around paying women the same as men.