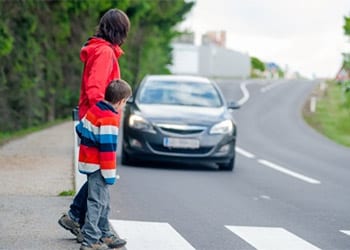 Walking is known to be a peaceful, safe way to travel, but distractions have increased the risk of death significantly for pedestrians. J. R. Whaley from The Legal Examiner writes that from 2015 to 2016 there has been an 11% nationwide increase in pedestrian deaths which is the highest increase for a single year. Reports say that it will continue to rise during 2017 if more programs aren’t put into play to bring awareness and improve the walking atmosphere.

The two major influences for this high percentage increase are said to be cell phone usage and alcohol. Cell phones are the main distraction in today’s world and with the increase in people using them no wonder the increase in pedestrian deaths.

In a GHSA study, nearly half of all pedestrian deaths involved alcohol for either the driver or pedestrian. When you have been drinking and decide to walk home your judgment and sense of direction is poor and significantly increases the likelihood of you getting hit by a car.

Fortunately, things are being done to help lower the percentage rate of pedestrian deaths. Louisiana is in the processes of putting “Complete Streets” into effect. “Complete Streets” will be an introduction of a Safe Routes to Public Places programs and will construct bike and pedestrian facilities close to many different public places.

To read the full article from The Legal Examiner, click here.