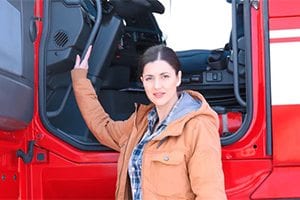 TODAY, Thursday, February 8th, Public Justice is launching its first crowdfunding campaign on CrowdJustice, which is a fundraising website that is built specifically to support legal action.

The funds raised will go to support Public Justice's involvement in a sexual harassment case against one of the largest trucking companies in the United States.  According to Public Justice, “Over 100 women have joined a class action against this company, alleging they were sexually harassed and assaulted by male drivers paired up with them for training purposes.”

Click here to join us in donating to this worthy cause. We also encourage you to spread the word on social media by using the hashtag, #LetThemSpeak.