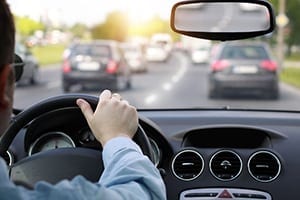 Accidents and fatalities with self-driving or autopilot vehicles seem inevitable. Despite recent accidents from pedestrians and drivers being killed by the self-driving vehicles, some car manufactures are still moving forward with the technology. Recently, Tesla made news with a $5 million-dollar settlement and a decision to continue to sell Autopilot vehicles.

Our friend and client, Eric T. Chaffin of Chaffin Luhana LLP writes about the safety of self-driving cars and Tesla’s settlement. Tesla released their Autopilot system in 2015 and after it was released, Tesla advertised the system as having 40 percent fewer crashes. However, the first fatal self-driving accident happened to Joshua Brown while driving his Tesla Model S in May 2016.

Tesla recently agreed to a $5 million settlement in a class action lawsuit over their Autopilot system. The lawsuit was filed in 2017 by six Tesla Model S and Model X owners from different states including Florida, Colorado, California, and New Jersey. The plaintiffs argued that the company had engaged in fraud by concealment because they paid an extra $5,000 for the Autopilot safety feature that did not work.

The plaintiffs claimed the vehicles’ brakes would unexpectedly come on and would fail to work when needed. The Tesla automatic high beams and side collision warnings were allegedly unreliable. The plaintiffs in this case also said the autopilot system was “essentially unusable and demonstrably dangerous.”

Tesla did not admit to any of these claims or wrongdoings but stated they had improved the Autopilot technology. Tesla also agreed to compensate customers who had to wait longer than expected for updates.

Another fatal crash recently happened in March 2018 with a Tesla Model X. A current investigation is ongoing to see if the Autopilot that was engaged at the time was the cause of the accident.

To read Eric T Chaffin’s full article about this issue, click here. For more information on the self-driving car accident in Arizona, click here to read our recent blog.