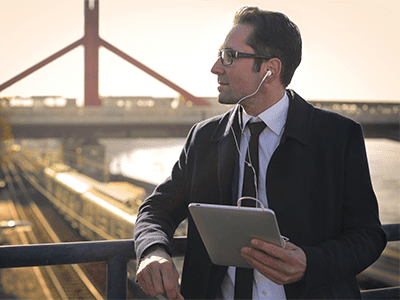 Are tablets glorified smart phones? Attorney Jeff Bennion recently inked an article in Above The Law that discusses whether tablets are necessary and useful. Bennion, a solo practitioner from San Diego, handles his own cases and consults lawyers on “how to use technology to not be boring in trial.”

The iPad craze began when Steve Jobs released the first generation in 2010 and the tablet immediately began taking the technology market by storm. At that time, the tablet allowed people to access more programs on a larger screen than they could with a phone.

However, the technology market took note of the iPad’s success and critics lamented the lack of USB ports for file transfer and printing capabilities. While Apple offers iCloud for wireless file storage and wireless external hard drives for purchase, Microsoft and other manufacturers began working to design a tablet that would be a "true" laptop replacement and offer USB ports and higher processing speeds.

Attorney Bennion says the size of iPads’ screens make it easier to read PDF documents, but the low processing speed means large files cannot be read or stored quickly. Bennion stated that when he opens a “3,000 page PDF of the 2017 civil jury instructions, or review(s) an Excel spreadsheet with hundreds or thousands of rows…tablets just cannot keep up. I know tablets have mobile versions of programs, but using a neutered version of a program is not an adequate response to the fact that the fully functioning versions of programs are demanding more power.”

The California technology adviser's verdict is to invest in a higher-end laptop/tablet. Bennion utilizes the Microsoft Surface Pro 4, runs a full version of TrialDirector, Adobe Acrobat DC to review documents and Microsoft OneNote with a stylus to take notes. Bennion is able to run the full speed operating system on his Surface Pro 4, meaning he has the full versions of the programs with a quicker speed.