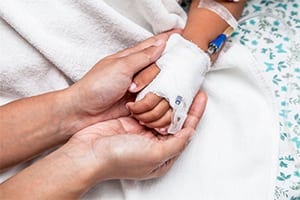 Six children await a $2.5 million settlement after becoming sick from E.coli-tainted chocolate mousse cake served at two Reno restaurants in 2015. A Washoe County judge must now approve their financial settlements because of the children’s ages, as reported by the Reno Gazette Journal.

The six children are plaintiffs in a lawsuit that followed Washoe’s “worst ever” E.coli outbreak. Reportedly, two other children and 17 adults were also ill after eating the tainted cake.

The outbreak started in October 2015 when the infected cake was mixed in the same bowl that had been used to process raw meat. The dessert was later served at two restaurants, one of which has since closed its doors.

Reportedly, the lawsuits were initially filed by the victims in 2015 and 2016. The suits were later wrapped into one case that will be settled without trial.

Bill Marler, a Seattle-based attorney who represented nine of the plaintiffs in the case, said two of the boys developed serious kidney complications because of the E.coli infection.

The settlements for the adults do not require a judge’s approval and have been settled in private.