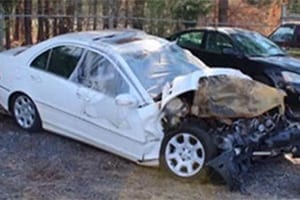 On September 10th, 2015 a teenage driver of a Mercedes Benz caused severe and permanent injuries to the plaintiff driver of a Mitsubishi Outlander while using the Snapchat Speed Filter. The speed filter documents the speed the user is traveling and overlays the speed onto a picture of the Snapchat user.

The plaintiffs filed suit against the defendant driver and Snapchat in Georgia State Court in of April 2016. The Plaintiffs claim the teenage driver wanted to reach 100 mph and then use the Speed Filter to show her friends how fast she was traveling, and win a “trophy” from Snapchat. The defendant’s car was traveling at 107 MPH when the accident occurred.

The plaintiff’s filed an appeal. The Georgia Court of Appeals recently ruled Snapchat is not immune from litigation under the federal Communications Decency Act. They ruled the plaintiff’s lawsuit:

”… does not seek to hold Snapchat liable as a speaker of the publisher of a third party user’s content. Rather, they argue that their complaint seeks to hold Snapchat liable for the negligent creation, design, and maintenance of the speed filter that encourages excessive speeding, not for the posts themselves. Accordingly, we hold that CDA immunity does not apply because there was no third-party user content published.”

The appellate court order can be read here.

The case is remanded back to the State Court. Advocate Capital, Inc. will continue to follow this case.

Advocate Capital, Inc. appreciates the hard work plaintiff attorneys do every day on behalf of their clients and we support them in their quest to hold individuals and companies responsible for harm caused to innocent bystanders.