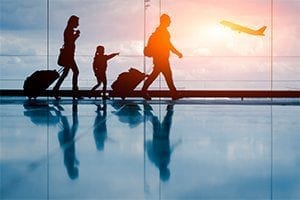 Southwest Airlines will be doing more than selling “Wanna Get Away” fares this month. The air carrier will also be spending $15 million in a lawsuit that accuses some of the country’s largest airlines of collusion.

According to the Los Angeles Times, Southwest has agreed to settle the case to avoid wasting time and money fighting it. However, the Dallas-based carrier continues to reject allegations that it colluded with American, Delta, and United to limit seat capacity and keep air fares high. The LA Times says the other three airlines have made it clear they will continue fighting the lawsuit.

The LA Times says the current allegations were made by dozens of passengers in 23 antitrust lawsuits that were consolidated and brought before a federal judge in 2016. The suits claimed that all four airlines conspired to raise fares despite lower fuel costs.

Prompting such accusations was a trade group meeting held in Miami a year before. The LA Times says during the meeting, executives from several airlines promised to remain “disciplined” about adding both flights and seats with the rising demand and low fuel costs.

The LA Times says a status conference for the lawsuit is scheduled for February 12th.

To read more about the case, check out the full LA Times article here.