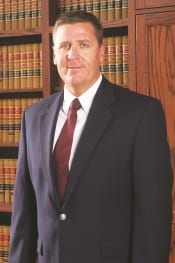 Meyerkord & Meyerkord extends hearty congratulations to John Steward on this fantastic ruling from the Missouri Supreme Court in the case of Columbia Casualty Company v. HIAR Holding LLC and HMA Riverport LLC, and Karen S. Little LLC.  To review the ruling in its entirety, click here.

In the original action, HIAR Holding LLC, a hotel proprietor insured by Columbia Casualty, settled a class action lawsuit that alleged HIAR violated the Telephone Consumer Protection Act (TCPA) when they sent unsolicited advertisements.   The trial court in St. Louis County ruled that Columbia Casualty owed HIAR a duty to defend and that the insurance company acted in bad faith when it refused to defend. The court further ruled that Columbia Casualty held an obligation to indemnify parties in the class action for the full settlement amount plus interest.

Following the judgment, Columbia Casualty appealed but the trial court’s decision was upheld.  The affirmation of the circuit court’s ruling reiterates the ideal that insurance companies have a legal duty to act in good faith when processing their clients’ claims, defending their policy holders, and remunerating legitimate claims.  The case has received significant media coverage including press releases on PRLOG and FindLaw.

Mr. Steward is of counsel with the Meyerkord Firm. His vast experience in consumer and privacy protection cases was no doubt a key factor in this tremendous victory for both the client and the firm.

Advocate Capital, Inc. applauds this outstanding judgment and appellate affirmation that once again should remind the insurance industry of its good faith responsibilities to its customers.