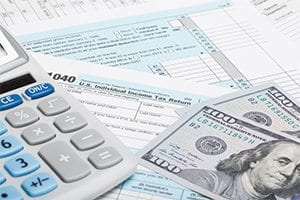 Over the past few weeks, the Tax Cuts and Job Act has been making its way through Congress. The bill was officially passed this week and President Trump is expected to sign the bill before the end of the year.

Previous versions of the bill included a provision that would have overruled Boccardo v. Commissioner and essentially put IRS Private Letter Ruling 8246013 (6/30/1982, IRC Sec(s) 162) into law.

Due to the hard-work and perseverance of the American Association for Justice’s members, staff, and allies on Capitol Hill, this provision has been removed from the final bill.  Thank you, AAJ!

Earlier this week, I discussed how the proposed law could have affected contingent fee firms with Joseph E. Fournier, attorney and CPA.  You can watch that video by clicking here.

Although our industry dodged this bullet, the fact is that IRS PLR 8246013 remains in place is still the guiding document for IRS auditors.  Also, other cases such as Humphrey v. Commissioner have continued to support that PLR by confirming that funds spent by a contingent-fee law firm for reimbursable case expenses should not be expensed against current year income.

Although Boccardo v. Commissioner arguably makes that more ambiguous for law firms within the United States Ninth Circuit, if you are a partner in a contingent-fee law firm, I think it is important for you to have your CPA and tax lawyer look closely at this issue to make sure you are not creating the risk of penalties and back taxes becoming due if you are audited.  I think that is especially important if your law firm is not within the Ninth Circuit.

Disclaimer: This article has been prepared for informational purposes only, and is not intended to provide, and should not be relied on for, tax, legal or accounting advice. You should consult your own tax, legal and accounting advisers before taking any action(s).