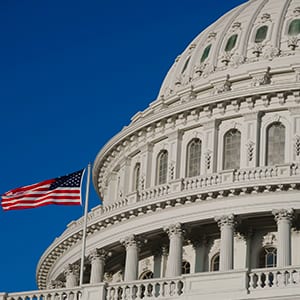 Budget cuts are on the horizon for a national legal organization. The American Bar Association will decrease its general operations budget for fiscal 2018 by nearly $11 million. The ABA announced the plan in a memo, as reported by the ABA Journal, and will merge travel planning and publishing operations, renegotiate the lease of its Chicago headquarters and decrease budgets in several areas of staff operations. The reductions will result in a nearly 10 percent cut in the organization’s 99.7 million general operations budget.

The executive director of ABA, Jack L. Rives says the organization is comprised of more than 3,500 entities and “the unfortunate reality is that the association doesn’t have enough resources to continue everything it is doing”. Rives says the organization must make choices and prioritize their efforts. ABA Journal reports the Board of Governors is also evaluating three other cost-cutting ideas, one of which would propose holding just two association-wide meetings each year.

Nearly $6 million in “bottom up” cuts were made during a staff budgeting process, as reported by ABA Journal. Although the staff were asked to propose 10 percent budget reductions, it is not expected for all cuts to be enforced. Another $5 million in reductions have been suggested in a “top-down” process. Executive director, Rives says “these top-down initiatives will requires us to do things differently. We simply cannot achieve the required savings and create a sustainable model in a reasoned, strategic manger unless we change some paradigms.”

As ABA Journal reports, the top-down cuts include:

The American Bar Association is one of the world’s largest voluntary professional organizations with nearly 400,000 members. The national association’s website says ABA is committed to, “serving our members, improving the legal profession, eliminating bias and enhancing diversity, and advancing the rule of law throughout the United States and around the world.”