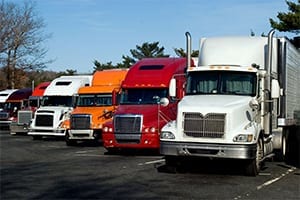 After 11 years of debate, a class-action lawsuit that would allow regulation of trucking companies at a state level will move ahead in California, according to The Wall Street Journal. Last week, the U.S. Supreme Court turned aside the appeal of J.B Hunt Transport Inc., one the largest trucking and logistics companies in the country.

J.B. Hunt had appealed to stop the lawsuit, which would allow California to set work and wage rules for truck drivers.

Attorney Stanley Saltzman of Marlin & Saltzman, the firm who launched the case, said “We finally get to go to trial on behalf of California drivers.” Mr. Saltzman said a trial was scheduled to begin Sept. 25 before a federal judge in Los Angeles.

The suit was first filed in 2007, when drivers claimed Lowell, Ark- based J.B Hunt didn’t have to comply with California’s minimum wage law and mandatory rest and meal break law. J.B Hunt, along with industry groups like the U.S. Chamber of Commerce, said the state laws are preempted by a 1994 federal law that bars states from setting laws affecting the price, routes and services of trucking companies.

Read more about the trial set in September here.