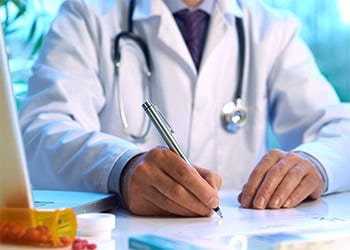 Two medical malpractice bills are being put on hold for the Louisiana Legislature’s 2017 session. The pair of bills (HB 526 and HB 51) would have increased the cap on economic damages in the Pelican State for all medical malpractice suits, but according to The Times-Picayne, legislators want to take an “all-encompassing look” at Louisiana’s state laws and consult with doctors and personal injury lawyers before they make any decisions about the two bills.

The Times-Picayne says House Bill 526, proposed by Representative Gene Reynolds (D-Minden), would have allowed plaintiffs more time to file a medical malpractice suit, extending it from 12 months after discovering an incident, to 18 months. His proposal would have also extended the time period between such incident and when a plaintiff filed suit (currently a three year max) to five years, as well as changed the structure of the medical review panel so that members would not come from the same class or specialty as the defendant practitioner.

The Times-Picayne says both Reynold’s measure and the second one held in committee, House Bill 51 (proposed by Republican Steve Pugh of Ponchatoula), addressed the cap on recoverable damages. They are currently set at $500,000 with a $350,000 max on non-economic damages in the state of Louisiana, but Pugh’s bill would have raised that amount to $1 million plus interest and costs. He says the higher cap would save more lives and encourage physicians to take more caution interacting with patients.

Though neither of the bills will come before the House or Senate this session, The Times-Picayne says both lawmakers are hopeful that they captured attention with the committee.