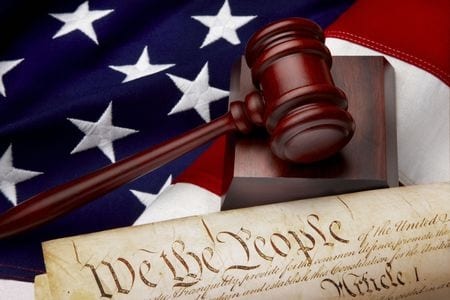 Congratulations to the Armstrong family and NC lawyer, Christopher Browning of Williams Mullen on the recent US Supreme Court decision that ruled that North Carolina’s law on Medicaid recovery allowing the state to recover a fixed percentage in Medical Malpractice cases violates the federal Medicaid law which limits a state’s recovery to the portion of awards attributable to medical expenses.

As reported by both Thomson Reuters and McClatchy, North Carolina claimed over $900,000.00 for Medicaid reimbursement from the proceeds in a $2.8 million medical malpractice settlement that was reached on behalf of a little girl. She was born with serious injuries that left her unable to work and live independently.   Attorney Christopher Browning sued the state, on behalf of the family, taking the cause all the way to the US Supreme Court, arguing that the amount claimed by the state violated the federal Medicaid law, which limits a state’s recovery for medical expenses.

The Federal Law permits recovery by the States on the portion of the recovery or settlement in cases that are allocated to medical expenses.   The issue is, that settlements rarely spell out the allocation for medical expenses and the amount recovered for pain and suffering.  Prompting some states to unfairly claim a lien for up to 1/3 of the victim’s full recovery.    According to Justice Anthony Kennedy who wrote for the majority in the 6-3 decision, “If a state arbitrarily may designate one-third of any recovery as payment for medical expenses, there is no logical reason why it could not designate half, three-quarters or all of a tort recovery in the same way,” Kennedy wrote.  North Carolina's "one-size-fits-all statutory presumption" was incompatible with the federal Medicaid law, he concluded.

Thanks to Christopher Browning for his leadership and commitment in taking this important issue all the way to the U.S. Supreme Court! Click here to view the full opinion.