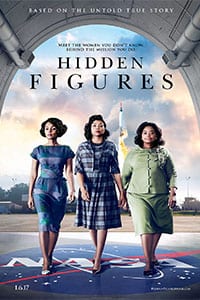 If you haven’t seen the film, “Hidden Figures,” you should know that among the many themes the movie addresses, one underlying conflict centers on job security. Nominated for three Academy Awards, “Hidden Figures” depicts the lives of a group of extraordinary African American women who each play a role in the outcome of the U.S. Space Race. Even at a time of institutionalized racism, the women flourish as NASA’s human calculators and provide the brains behind one of the space program’s most important missions, the launch of former astronaut John Glenn into orbit. However, their achievements are not without struggle; during the course of the movie, the women are forced to acquire new and specialized skills in order to remain indispensable to NASA, a task that many attorneys must also undertake to stay relevant in the legal field.

In an article in Above the Law, Gaston Kroub says the struggle of Dorothy Vaughn’s character (played by Octavia Spencer) particularly corresponds to some of the frustrations lawyers encounter in their career. He says in the film, Vaughn is consistently overlooked for a managerial role (as it pertains to her pay and title) because she is black and despite the work responsibility she is asked to complete. Kroub says many senior associates can experience this at their firms, although not always for their race. They have the skill and work load of a partner, but they are never given the actual title or respect that comes with it.

In the film, NASA acquires new technology to help with the rocket launch, an IBM computer. Because it is pretty advanced for its time, not many know how to use it, but Vaughn takes it upon herself to learn. Whether it was fear of being replaced or out of pure interest, that initiative ends up saving her job and finally securing her a management position. Kroub says there is a powerful lesson attorneys should take from this: successful employees are ones who are willing to invest in themselves, acquire new skills, and who find ways to overcome obstacles caused by technological change. He says becoming adept in areas that are complicated or undesirable to other lawyers, allows you to enjoy a higher job security and keeps your practice fresh. Kroub says technological facility can also help smaller firms maximize productivity and compete with larger firms.

Overall, the film is a perfect portrayal of real women who fought to make a difference despite so many things going against them. Kroub says the film teaches us to value those who embrace change and challenge themselves to consistently grow, because learning new skills is never a bad thing.