The Advocate Capital, Inc. and American Association for Justice

Paralegal of the Year Award is presented to a paralegal that has consistently demonstrated knowledge of the law, perseverance in their cases and to their attorneys’ clients, superior paralegal skills and whose commitment and overall attitude is an inspiration to other paralegals. Paralegals perform crucial work in helping their law firms get justice on their clients’ behalf. We hope that this award will help to bring well-deserved attention to the crucial role that paralegals play in our civil justice system.

As the world’s largest trial bar, the American Association for Justice (AAJ) promotes justice and fairness for injured persons, safeguards victims’ rights—particularly the right to trial by jury—and strengthens the civil justice system through education and disclosure of information critical to public health and safety. With members worldwide and a network of U.S. and Canadian affiliates involved in diverse areas of trial advocacy, AAJ provides lawyers with the information and professional assistance needed to serve clients successfully and protect the democratic values inherent in the civil justice system. 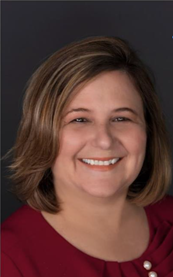 Patterson has been a member of the law firm Searcy Denney for 17 years and has worked in the legal field for over 30 years. Patterson works with the firm’s bilingual clients and assists with their Hispanic marketing efforts. She loves the opportunity to mentor and train others and is a frequent lecturer. Over the past few years, she has furthered her education and obtained the following certifications and distinctions: Advanced Certified Paralegal in Discovery, Estate Planning and Trial Practice from the National Association of Legal Assistants (NALA), Florida Certified Paralegal, and Florida Registered Paralegal.  Patterson is an active member of numerous legal organizations, including the AAJ Paralegal Committee, the Florida Justice Association, and the Hispanic Bar Association. She’s served in many leadership positions, including the immediate past President, Bar Liaison, Speaker Coordinator for the Palm Beach County Bar Association Paralegal Chapter, the Vice-Chair for the Florida Registered Paralegal Eligibility Section for the Florida Bar, an advisory board member for the MTMP Paralegal College Advisory Board, and an advisory board member for the Keiser University Legal Studies Program. 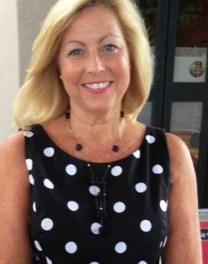 was nominated for this honor by Attorney Dov Apfel.

Kim M. Martel has been a paralegal at Janet, Janet & Suggs, LLC since 2009.  Martel holds several roles in the investigation and litigation of tragic medical malpractice cases involving brain-damaged children and contributes to the legal community and the private sector. Nominating Attorney, Dov Apfel, says she has demonstrated the ability to teach, tutor, and mentor paralegals, legal assistants, and even young lawyers. Her unique leadership qualities and high level of expertise help her colleagues participate in complex medical malpractice cases. Martel has spoken at seminars and conventions, such as the Maryland Association of Paralegals CLE Program in 2017 and the AAJ webinar for “Utilizing Critical Health Records to Make Your Case” in March 2020. She is also a member in good standing with the Maryland Association of Paralegals (Administrative Vice President 2017 and 2018), and the National Federation of Paralegal Associations.  She is a Paralegal Affiliate of the American Association for Justice and the Maryland Association for Justice. In addition to her professional endeavors, Martel has participated in many other projects for those in need, including volunteer work at the Our Daily Bread soup kitchen and My Brother’s Keeper soup kitchen.

was nominated for this honor by Attorney William W.C. Harty.

West has been a paralegal at Patten, Wornom, Hatten & Diamonstein, LC for 13 years. She excels in her position as a senior paralegal in the firm’s asbestos and product liability department. Harty says that West is a mentor for the other paralegals in the department. She also continually seeks to further her education in her field. She earned her paralegal certificate in 1993 from Thomas Nelson Community College in Hampton, Virginia. She became a Certified Paralegal with the National Association for Legal Assistants in 2008. In 2015, she earned the designation of Advanced Certified Paralegal. West also became a Virginia Registered Paralegal (VARP™) through the Virginia Alliance of Paralegal Associations in 2018. West has served in a variety of leadership roles within the Virginia Peninsula Paralegal Association and has been nominated as President for the 2019-2020 fiscal year. She is a member in good standing with the National Association of Legal Assistants (NALA), Virginia Trial Lawyer’s Association (VTLA), and The American Association for Justice (AAJ). West volunteers in her local church and is a member of Building Bridges with Books through the Established Footsteps ministry. 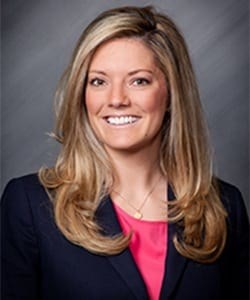 Paralegal Alesia Emison of Langdon & Emison was nominated for this prestigious award by Attorney Bob Langdon, who has been recognized as one of the top personal injury litigators in the country.

As a paralegal for Langdon & Emison, Emison’s leadership and contributions have a profound impact on the paralegal team and law firm. The team also relies on Emison to oversee the interview, onboarding, and training process for every new legal assistant hired to work in the firm’s personal injury division. Attorney Langdon says Emison continues to make an extraordinary difference in the lives of her clients and co-workers, “Alesia’s leadership enriches the lives of her clients and colleagues and enhances the culture of our law firm. Her work is guided by a dedication to service and giving back to others.” 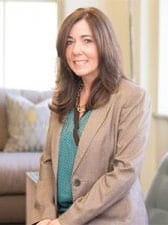 Ms. Johnson has been nominated for the award by Attorney David Yarborough. As a paralegal for Yarborough Applegate, Johnson provides essential support in case preparation, mediation, and trial. The team also relies on Johnson for her judgment and analytical skills, extensive knowledge in personal injury, wrongful death, and complex civil litigation, and her compassion for clients. Attorney Yarborough says Johnson truly enjoys the paralegal profession, “Amy has worked in the legal field for almost 20 years and has committed herself to her career and helping others in the field.”

View photos from the 2017 Award Presentation 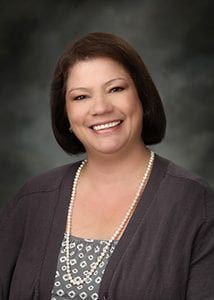 Ms. Birdsall was nominated for the award by Attorney Brian Beckcom. As a litigation paralegal at VB Attorneys, Birdsall researches and uncovers evidence in cases, builds relationships with clients, and mentors other staff around the office. Birdsall also helps the firm by following legal news, serving in several national law organizations on product liability, and attending conferences to ensure she is informed on the latest research and litigation practices to get clients the best results. In addition to her role at VB Attorneys, Birdsall is very involved in her community. She actively volunteers at the Houston Food Bank and rehabilitation centers like “Project Walk.” 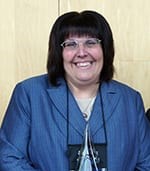 Ms. Flynn was nominated for the award by Attorney James C. Haggerty. As the senior litigation paralegal, Ms. Flynn organizes all file materials, summarizes all information and documentation, prepares cases for trial, and interacts directly with clients. Ms. Flynn is a past president of The Philadelphia Association of Paralegals (PAP) and continues to serve as an active board member and chair of the Litigation and Professional Development Committees. Christine also serves as board liaison to The Legal Intelligencer, Pro Bono Coordinator, and Liaison to the American Bar Association (ABA) for the Standing Committee on Pro Bono and Public Service and is a member of the Paralegal Studies Advisory Board at the Community College of Philadelphia. 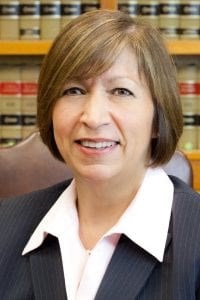 Ms. Valenti was nominated for the award by Attorney Leonard Davis. As the senior trial paralegal, Ms. Valenti handles all aspects of file management, client contact, and trials in multi-district litigation, mass torts, personal injury, and product liability cases. She received her degree in paralegal studies from Nicholls State University and has spoken at continuing legal education courses for the American Association for Justice and the Institute for Paralegal Education. Ms. Valenti is a paralegal affiliate member of AAJ and active on the Paralegal Education Committee.

Ms. Korb was nominated for the award by Gregory A. Eiesland. Dennyce has been a paralegal for over 30 years. During that time she has worked mostly with clients who have been injured by nursing home abuse and neglect, medical malpractice, or defective products. She has actively participated in the trial of nearly 100 cases. Ms. Korb was unanimously selected from numerous entrants by the AAJ Paralegal of the Year Committee.

View photos from the 2013 Award Presentation

Ms. Koch has been the litigation paralegal at Inserra & Kelley law firm for over nine years. In that time, she has become a valued member of the law firm, acting as not only a paralegal but also in client and computer support as well. Ms. Koch also has been active in her state and national paralegal associations and was elected Nebraska Paralegal Association’s NALA Liaison for 2007 through 2010. In 2011, she was elected President-Elect and will be President when NALA brings their national convention to Omaha in 2012. She has also been the Chair of the Nebraska Paralegal Association Public Relations Committee and paralegal liaison to the Nebraska State Bar Association for the past three years. She has served on the Paralegal Advisory Task Force for AAJ from 2008 to 2010 and is an avid supporter of the AAJ mission. She currently serves as Coordinator of the Paralegal Membership Committee and prior to that, volunteered her time recruiting membership for AAJ. She is active in the community and supportive of charitable contributions. Ms. Koch has participated in the Sarpy County Relay for Life for the past four years and has given generously of her time and finances to the following charitable agencies: the National Eating Disorders Association, Lydia House, the Domestic Violence Coalition, Wear Yellow, the American Heart Association and the American Lung Association. Ms. Koch has a two-year Paralegal degree, in addition to a four-year Bachelor of Science degree in Business Management. She is currently working on a Masters’ Degree in Justice Administration.

Do You Have a Question?

Do Not Hesitate to Ask!