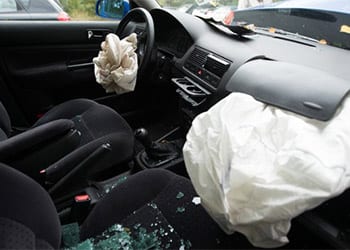 A group of automakers have agreed to pay more than $550 million to those affected by Takata’s faulty airbags.

The defective airbags have been linked to 11 deaths and 180 injuries in the United States alone and are the subject of the biggest recall in history.

In an agreement filed on May 18th the New York Times reports the automakers Toyota, BMW, Subaru and Mazda “agreed to settle a class-action lawsuit seeking compensation for drivers in the U.S. over losses and other troubles stemming from the recall of faulty Takata airbags.”

The New York Times says the money in the settlement is meant to reimburse current and former owners and lessees of nearly 16 million vehicles for car rentals, lost wages, towing charges and child care charges incurred while waiting for their vehicles to be repaired.

The settlement does not cover claims over personal injuries and deaths. It is still subject to approval.

Bloomberg reports the settlement has helped Takata, who is seeking a buyer, after the company’s stock rose as much as 18% in Tokyo. The increase is the biggest surge the company has seen in the last four months.

The settlement is expected to assist Takata’s potential buyer to assess liabilities and to also facilitate carmakers sued in class actions to reach similar agreements.

However, many challenges lay ahead for correcting the massive airbag problem for car owners, buyers and dealers alike. As reported in the New York Times, the process of fixing the millions of cars equipped with the dangerous airbags will take years. Replacement parts are still in short supply and many consumers have not responded to the recall.

Attorney Peter Prieto is a partner at the law firm Podhurst Orseck and has served as the lead counsel in the class-action cases. He recently told reporters, “Many consumers are unaware of the dangers their vehicles pose..It will take years to complete the recalls.”