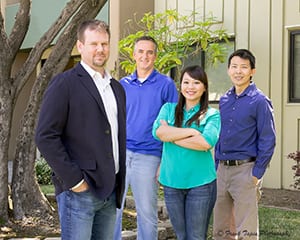 Banys P.C. of Palo Alto, California has only been in business for a year and half and they are already making a name for themselves and building a reputation as outstanding lawyers.

For three consecutive years, the firm’s Founder Christopher Banys has been named a “Top 100 Trial Lawyer” by The National Trial Lawyers and a “SuperLawyer” for Northern California listings. In 2012, The Recorder named Mr. Banys a “Lawyer on the Fast Track”, a prestigious award received by only 50 lawyers in California.

Managing Attorney Richard Lin has represented clients in civil litigation matters for over a decade and been named a “Rising Star” by SuperLawyers since 2012.

Jennifer Gilbert, Senior Attorney, achieved the “Top Women Attorneys in Northern California” and “Rising Star” statuses by SuperLawyers in 2014. Ms. Gilbert is experienced in complex litigation and is dedicated to pro bono services.

Banys, P.C. is a team of trial lawyers devoted to getting results for its clients. The firm brings intelligent, effective advocacy to courtrooms around the nation in intellectual property, commercial, personal injury and class action cases.

May the accolades continue to mount for this growing law firm and congratulations on your success!