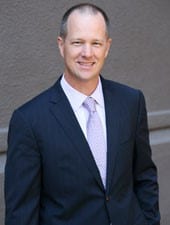 Advocate Capital friend and client, Albert G. Stoll, Jr.  represented a single mom and her three children in a gross negligence case against an owner of a 40-unit apartment complex. The owner of the complex had a long history of code violations and had previously been sued both civilly and criminally for substandard housing conditions. Despite previous lawsuits, warnings from city inspectors, multiple tenant complaints, and a previous felony conviction, the owner continued to ignore long established health and safety codes resulting in severe and permanent injuries to a mother and her two young children.

One early summer morning, the mother left two of the three children sleeping in the apartment while she took the oldest child to school. Shortly after the mother and oldest child left, one of the younger children awoke feeling dizzy. Feeling confused he made his way to the family room and sat on the couch. As he sat down, he experienced a burning pain on his backside. He then noticed then the kitchen was on fire and the apartment filled with smoke. He began yelling for his family that he was burning. By this time, his sister had awoken to the smell of burning plastic and smoke. Hearing her brother’s screams, she yelled out to her brother. The young boy was able to feel his way through the smoke-filled apartment, back to his bedroom where he met his sister. Covered in soot and realizing they were trapped in the apartment, the sister convinced her brother they needed to jump from the two-story bedroom window to escape the fire.   At the same time, the children were jumping to safety; the mom arrived back home finding her apartment on fire. She frantically raced into the burning apartment to search for her children. She made it to the young daughter’s bedroom only to realize her children had jumped to safety. She was able to escape the apartment but suffered smoke inhalation.

As a result of the fire, the two young children suffered severe internal and external burns and were placed in medically induced comas. The young boy suffered second, and third degree burns to his head, neck, face, arms, hands, torso, legs, buttocks, feet and internal respiratory burns. The young daughter suffered burns to her arms, scalp, and injury to her eyes.  The firefighters and medical personnel who treated the children stated they did not expect the young boy to survive due to the extent of his injuries.  The young boy has undergone twenty plus surgeries and will need future surgeries as he continues to grow.

The emotional, mental and physical pain and suffering of the young family could have been prevented if the owner had installed adequate smoke and carbon monoxide detectors. During the city’s investigation into the fire, multiple tenants complained of hazards in and around the property. The investigation would reveal an open gas leak in the common yard, no carbon monoxide detectors in any of the units, and 37 of the 40 units lacked smoke detectors in the bedrooms. The building did not have a system-wide alarm, and the majority of the units had malfunctioning stoves.

Despite the gross negligence on behalf of the apartment complex owner, the insurance company pushed for a trial, attempting to place blame on the tenants. Albert G. Stoll and his team took over 50 depositions; and hired eight different experts including the former State Fire Marshall. On the eve of trial, the insurance company settled for a seven-figure settlement.

A tragedy that did not have to happen if the owner would have taken the proper preventative measures. Advocate Capital, Inc. is proud to support trial lawyers like Albert G. Stoll Jr. as he pursues justice on behalf of his clients. Albert G. Stoll, Jr’s firm handles a variety of personal injury and employment law cases in the San Francisco Bay area. To learn more about Albert G. Stoll, Jr.’s firm and the outstanding results they have achieved, click here.