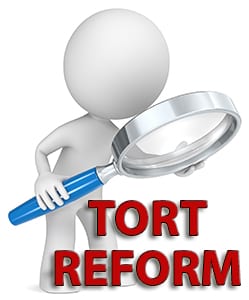 We have trumpeted our belief that tort reform has little real impact on society with the exception of protecting insurance companies, big pharma and large corporations from being held accountable for their behavior. A recent analysis done by Scott DeVito of the Florida Coastal School of Law and Andrew W. Jurs of Drake University School of Law provided the evidence to prove this to be true.

The authors researched “…an underdeveloped area by empirically testing the real world effects of noneconomic damage caps.” They put together a database of over 14 million actual cases filed between 1985 and 2009 and measured the effect of damage caps on filing rates. They found a “statistically significant reducing in filings in response to damages caps’ both in states with tort reform, but also in states that had not enacted tort reforms. They called this a “doubling-down” effect – i.e. “there is one drop in filings due to the damages cap, but there is another drop based on large background forces.”

Their data also shows that there is no appreciable increase in filing rates when damage caps are removed.

In the end, the authors conclude that these damage caps and tort reform are no longer impactful and should be removed. The summary quotes the U.S. Supreme Court decision in Trammel v. United States – “we cannot escape that the law on occasion adheres to doctrinal concepts long after the reasons which gave them birth have disappeared and after experience suggest the need for change.” The authors conclude that “Based on our empirical assessment, we conclude that tort reform has reached that point and call upon state legislators to reconsider these measures.”

The full paper can be read here.