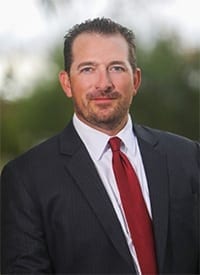 Our friend, Sean Claggett, of Claggett & Sykes Law Firm, recently obtained another outstanding jury verdict on behalf of his client. The jury returned a $3,382,000 verdict after a top pretrial offer from the lead Defendant of $20,000.

On October 1, 2013, a tow truck driver pulled up to a gas station, parked his tow truck and entered the station. The tow truck rolled backward and out of the gas station parking lot. The truck rolled across three lanes of traffic, hopped the median, and collided with a 2013 Nissan Cube. The force of the impact caused multiple injuries to the driver of the Cube, including low back pain, left and right shoulder pain, vascular headache, and thoracic spine pain. The driver later had surgeries to fix her shoulder injuries and multiple sets of injections and rhizotomies to her spine. The tow truck driver adamantly claimed that he set the parking break in the truck.

We at Advocate Capital, Inc. wish to congratulate the plaintiff, Mr. Claggett and his team at Claggett & Sykes Law Firm on this outstanding jury verdict.