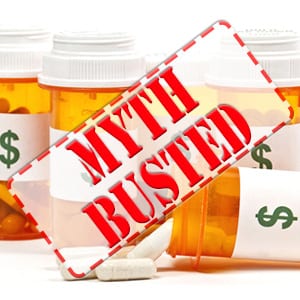 I have blogged many times in this space about the mythical impact of tort reform on health care costs.  There is now yet another study debunking the myth of “defensive medicine” being a driver in increased health care costs.

A recent article in the Los Angeles Times reports on a study, led by Michael B. Rothberg of the Cleveland Clinic and published in the Journal of the American Medical Association, that concludes “defensive medicine accounts for about 2.9% of healthcare spending” – a relatively minuscule amount, and probably a very small factor in increasing health care costs.

Though this amount is not a small amount of money (i.e. $78 billion of an estimated $2.7 trillion in U.S. health care spending), the study finds that any tort reform measures strong enough to make that go away “would likely create other costs, such as a rise in medical mistakes generated by the elimination of the oversight exercised by the court system.”

Also, the study found that the “prevalence of defensive medicine may be overestimated by doctors themselves…because many procedures are ordered in part defensively, but partially or mostly for legitimate diagnostic or therapeutic reasons.”  So it’s likely that even the 2.9% is overstated.

One of the conclusions drawn in the LA Times article is that “Tort reform has seldom been about reducing healthcare spending.  For Republicans, it’s about de-funding a bloc of reliable Democratic Party supporters – trial lawyers.”

The full LA Times article can be read here.

The JAMA study can be seen here.