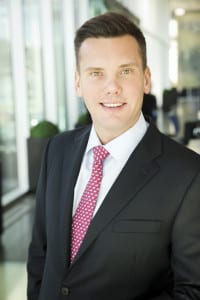 Advocate Capital, Inc. wants to congratulate our friend and client, Attorney Dean Gresham. The Texas-based lawyer, one of the many who fight for justice at Steckler Gresham Cochran, has just recently helped one Dallas couple win a nearly $250,000 award, a much larger sum than what they had been anticipating after their home was severely damaged during a highway construction project.

According to The Dallas Morning News, the LBJ Express project began in 2011 and lasted until 2015. The newspaper says many homeowners living in northwest Dallas and Farmers Branch, Texas were affected by its construction and complained for years that the work caused their homes to be torn apart.

Attorney Gresham’s clients, Aurora and Felipe Rodríguez were the first to take their complaints to court, but the newspaper says their case is just one of 223 filed against the project’s head company, Trinity Infrastructure. Despite the hundreds of complaints it received from residents about cracked walls, falling ceilings, and uprooted neighborhoods, the contractors denied responsibility and insisted all was well.

Earlier this month a Dallas jury decided otherwise, and after a week long trial, served a winning $248,723 verdict for Attorney Gresham and the Rodríguezes. He told the newspaper if victories like this continue, Trinity Infrastructure could pay more than $65 million in damages. Plus, he says the majority of the other plaintiffs live closer to the LBJ Express site than the Rodríguezes do and were exposed to a lot more damage, a factor that may encourage the company to settle.

However, so far that hasn’t been the case; the newspaper says a representative for Trinity Infrastructure announced it plans to appeal, claiming the project followed specifications set out by the Texas Department of Transportation.

Only time will tell if the company’s defense will hold up in court. The newspaper says the next case isn’t scheduled until June, and it will be another fight for Attorney Gresham and his second client, Valencia Powell whose mother lost her home of 50 years due to the LBJ Express project.

Advocate Capital, Inc. is proud to support plaintiff attorneys like Dean Gresham who consistently fight for justice and win. Attorney Gresham has a tremendous amount of experience in products liability, class action and whistleblower suits, as well as other business torts, and he has represented victims in these types of cases for more than 15 years.