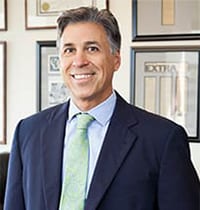 Advocate Capital, Inc. would like to congratulate our clients and friends, Attorneys Pat Barrera and Ashley Davenport! Their team at Barrera and Associates in southern California was just recently awarded more than $5 million in a retaliation case for their client, a former employee of T-Mobile US, Inc.

According to the Los Angeles Daily Journal, the case dates back to February 2015, just months after Barrera and Davenport’s client, Stephen Collucci, was fired from his management job at T-Mobile. The newspaper says prior to Colluci’s departure, he had been working at one of the company’s kiosks in the Ontario Mills Mall which he’d recently discovered caused him to experience anxiety problems. Unfortunately, that anxiety was later diagnosed by a doctor as agoraphobia and a panic disorder.

The newspaper says the issue soon began interfering with Colluci’s ability to work inside the congested mall and prompted him to ask another T-Mobile manager if he could be moved to a less crowded location with a “clear exit strategy”. Not only was this request denied, but according to paperwork obtained by Barrera and Associates, the manager he spoke to called his disorder “ridiculous”. Although the newspaper says Colluci was granted medical leave by T-Mobile, the company fired him when he took it. He had been an employee there for seven years.

A San Bernardino County jury unanimously found that firing an act of retaliation and decided that T-Mobile only axed Barrera and Davenport’s client for wanting a disability accommodation. The Daily Journal says because of such retaliation and discrimination, jurors awarded Colluci $1.02 million in compensatory damages ($700,000 for past and future emotional distress and $320,000 in past and future economic damages) as well as a $4 million reward in punitive damages. Davenport told the newspaper that the jury’s award in punitive damages alone amounted to T-Mobile’s sales in a single day.

The newspaper says during the trial, T-Mobile’s defense claimed Barrera and Davenport’s client was dismissed for other reasons, including using company time to work on other business. It says the company also released a statement saying it plans to appeal. Fortunately, Barrera and Associates have no plans of backing down.

Advocate Capital, Inc. is proud to support plaintiff trial lawyers like Attorney Pat Barrera and Ashley Davenport who consistently fight for justice and win. Barrera has extensive knowledge in employment law, class action, and serious personal injury and has represented victims of these types of cases for nearly 30 years. Thank you Barrera and Associates for your dedication and all that you do!