Our guest blog comes to you today from Advocate Capital, Inc.'s friends and clients at Powers Taylor, LLP.

In their guest blog below, Powers Taylor, LLP shares firm partner, Peyton J. Healey's recent victory in a banking fraud case, resulting in a $98 million dollar verdict for their client.

Congratulations to Mr. Healey and the team at Powers Taylor, LLP on the phenomenal victory for your client! 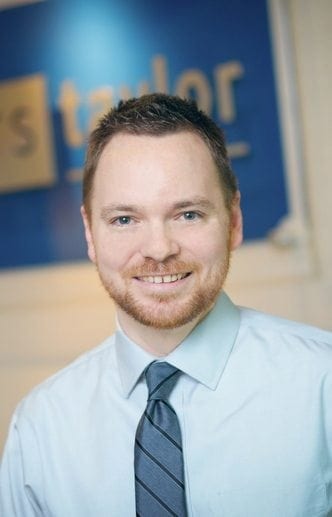 Powers Taylor, LLP Partner Peyton Healey as co-lead counsel was awarded a $98 million dollar verdict in December 2017 against BBVA Compass Bank and one of the bank's officers in a banking fraud case.

The allegations centered around the bank’s misrepresentations to a Texas real estate developer and his companies about whether the bank intended to sell his real estate loans to a company owned by one of his competitors.

The plaintiffs in the case claimed that the bank lied and told them that the bank did not intend to sell or transfer the real estate notes, which prevented the plaintiff and his companies from obtaining new financing for the loans to move forward with his real estate development projects.

When the bank sold the real estate notes, the plaintiff’s competitor quickly foreclosed upon the real estate developments, resulting in millions of dollars of loss to the plaintiff and his companies.  At the conclusion of the week-long trial, the jury awarded the plaintiffs just over $98 million, including $40,000,000 in exemplary damages.

The verdict was enough to land Powers Taylor, LLP at the No. 22 verdict of the National Law Journal and VerdictSearch’s Top 100 Verdicts of 2017.

Just over six months after the $98 million jury verdict, a Dallas County judge signed off to uphold almost all of the ruling. Of the initial $98 million, the judge upheld $96.2 million.

The lawsuit was brought on by a real estate developer, who had to file for bankruptcy in 2010 after defaulting on several loans to his companies. Before this, an executive with BBVA ensured the plaintiff that his loans would be renewed while secretly trying to sell the loans to one of his competitors without his knowledge. While the judge's move is a step in the right direction towards getting the plaintiff what he was awarded, BBVA has stated that they plan to appeal the ruling.