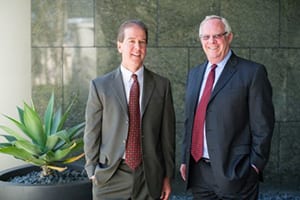 Congratulations to The Law Offices of Booth|Koskoff on securing a $2.5 million settlement from a California county social services agency that failed to remove the toddler from the aunt’s home.

The child suffered right frontal lobe damage affecting her judgment, safety awareness, impulsivity, and executive functioning. The child was removed from the custody of her mother, a drug abuser after she was arrested for felony burglary. Following the mother’s arrest, the County of Riverside Department of Public Social services placed the toddler in the home of her maternal aunt Christina Porter.

After placement with the aunt, the child exhibited extreme emotional and behavioral problems. The aunt was frustrated and overwhelmed. She was forthcoming that she was not prepared to deal with these behaviors and issues in her call to the County Riverside hotline, demanding that the County remove her niece from the home immediately. Despite her request, the County of Riverside failed to take immediate action and remove her from the home.

Approximately ten (10) days later, Ms. Porter called 911 claiming her niece had fallen from a high chair, struck the back of her head on the kitchen floor, lost consciousness, and then began seizing and vomiting.  The two (2) year-old was airlifted to Loma Linda University Medical Center. The doctors at Loma Linda suspected that the toddler’s injuries were caused by abusive head trauma (i.e. shaken-baby) rather than the fall reported by Ms. Porter.

The Plaintiff alleged that the County of Riverside should have removed the toddler from Ms. Porter’s care once Ms. Porter indicated she no longer wanted the toddler in her home. The toddler survived, albeit with life-long injuries and resultant brain damage. The parties settled after participating in two (2) mediations just two (2) days prior to the scheduled trial.

Booth & Koskoff is among a handful of elite law firms in Southern California that specialize in personal injury and wrongful death cases. Over the years, the attorneys of Booth & Koskoff have obtained over 70 verdicts or settlements of $1,000,000 or more and have recovered a total of over $300 million on behalf of clients in Torrance and Los Angeles.

All of us here at Advocate Capital, Inc. are both thankful and appreciative for the hard work of trial lawyers all over the country that secures our access to the courthouses and justice.