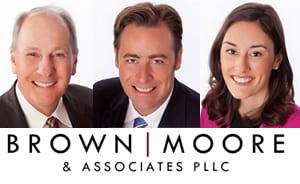 Congratulations to our friends at Brown, Moore & Associates, PLLC and their client on this outstanding jury verdict!

The 50-year-old plaintiff sought treatment to remove a polyp in her colon. She underwent surgery and was released a day after the procedure despite reporting difficulty urinating, and labs indicating sepsis. The plaintiff returned to the hospital eight hours after discharge complaining of symptoms including abdominal pain, nausea, vomiting and an inability to urinate. The original surgeon’s colleague admitted the plaintiff with a diagnosis of urinary retention. Despite the plaintiff’s rapidly deteriorating condition and her meeting the hospital’s written criteria for severe sepsis, the treating doctors did not order tests to diagnose sepsis. The plaintiff received a sepsis diagnosis after a consultant ordered a blood culture. The plaintiff transferred to a different hospital where she would spend months on life support, eventually recovering enough to have a third surgery. During this third surgery, the new surgeons discovered a 3mm hole at the original surgical site.

The Brown Moore team successfully argued that the defendant surgeons failed to render appropriate care by not locating the source of the sepsis. Plaintiffs argued the sepsis origin was a bowel leak where the colon was surgically reattached to the small intestine after the first surgery (partial colectomy). The defendants claimed the hole developed after the plaintiff’s transfer to the second hospital. They attempted to bolster their claim by pointing out the development of an abscess seen on the plaintiff’s radiology films. Brown Moore countered with an article produced by one of the defense experts. The article pointed out that most patients who suffer a leak, like the plaintiff, would develop peritonitis rather than an abscess. Brown Moore further showed that the plaintiff was diagnosed with peritonitis by the original defendant surgeons.

The highest pre-trial offer made by the defendants was zero. After a two-week trial, and less than two days of deliberations, the jury found in favor for the plaintiff and awarded her $7.5M.

Advocate Capital, Inc. is honored to partner with firms like Brown Moore & Associates PLLC as they pursue justice on behalf of those injured due to the negligence of others.

Congratulations again to Brown Moore & Associates and their client on this exceptional verdict!