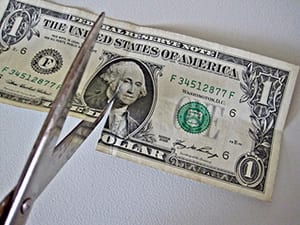 A number of news outlets are reporting that the federal budget cuts (aka sequestration) are starting to have negative impacts on access to the court system – literally.

The Legal Times reports, "The effects of this month's steep federal budget cuts are becoming clearer in court districts across the country, with judges, clerks and legal agencies from California to New York announcing courthouse closings and furloughs." The Times continues, "In Colorado, U.S. Chief District Judge Marcia Krieger ordered an end to hearings and trials in criminal cases on every Friday for five months, from April 26 through September. The federal public defenders, prosecutors and marshals face furloughs, Krieger wrote, and they are "integral to proper adjudication of criminal matters." As in Colorado, other courts are targeting Fridays for closures because the supporting agencies and their attorneys will take furloughs. The clerk of court in the Central District of California announced it will severely curtail services at its three courthouses on seven Fridays from April through, accepting only mandatory and emergency filings."

The Dallas Morning News reports, "The federal public defender in Dallas said he will close his office every Friday for the next six months due to mandatory federal budget cuts, a decision that many expect will have a ripple effect through the local federal criminal justice system." The News continues, "Richard Anderson, public defender for the Northern District of Texas, said in a letter this week to U.S. District Judge Sidney A. Fitzwater, the chief federal judge in Dallas, that he has to cut more than 10 percent of his 2013 budget due to the sequester as well as other cuts imposed on the judiciary at the beginning of the year. Anderson said he has to absorb those cuts before the next fiscal year begins in October. He said he was faced with either cutting six positions or instituting employee furloughs. Anderson said he took the furlough option because he considers each of his employees 'irreplaceable.'"