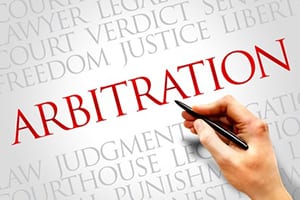 In 2011, I blogged in this space about the US Supreme Court ruling in the AT&T Mobility v. Concepcion case, in which the court upheld the arbitration clause in AT&T’s customer agreement requiring the consumer to waive his or her right to take part in a class action.

Unfortunately for consumers, but not surprisingly, the trend continues.

The trial court and the appeals court ruled in favor of Sanchez. The appeals court said the clause was “unconscionable” as it was unfairly one-sided in Valencia’s favor.

Valencia appealed, and unfortunately, the California Supreme Court reversed the lower court’s ruling, stating that whether an arbitration clause is unconscionable is “highly dependent on context.”

Writing for the majority, Justice Goodwin Liu stated,”Commerce depends on the enforceability, in most instances, of a duly executed written contract. A party cannot avoid a contractual obligation merely by complaining that the deal, in retrospect, was unfair or a bad bargain.”